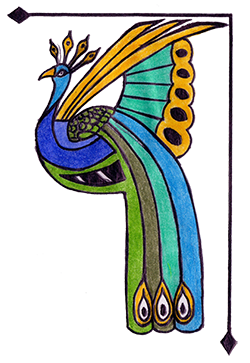 We are totally unique in that we offer so many different periods of falconry history - we were the first falconers in the UK to do this and for 15 years have been the only falconers to do this.....others have since copied and follow in our wake. To accurately represent the entire heritage of British falconry we have researched and reproduced all the major and popular historic periods relevant to our craft. We focus only on English falconry and on periods during which falconry was established and socially popular.....we attempt to represent history with accuracy and honesty so we do not include periods that fall outside these parameters. We start with late Roman although we do not pretend that falconry was "big" at this time, it simply coincides with the birth of falconry in Western Europe which is where our story begins. We continue unbroken through to the rapid waning of falconry in late Elizabethan times until its demise before the English Civil War. Falconry was officially revived in the 1770s and so our story picks up again at the turn of the C19th century and continues through to modern times.

Each period has been meticulously researched so that we can portray a genuine and realistic profile of English falconry within the correct social context. Our characters represent both falconry professionals and their feudal employers. Our costumes are faithful in design and of the correct status for a falconer or field sport enthusiast in order to create the right image. The majority of our costumes are painstakingly made by us so our image is unique and not "off the peg" and those garments beyond our ability are crafted for us by professional costumiers like Prior Attire, Ninya Mikhaila and Kevin Garlick.

The story framework for each period is unique because each chapter of history is unique; people, places, social values, legislation, techniques, trade, science... change through time as frequently as the tides. Ancient hunting treatises and printed falconry manuals tell us surprisingly little about the perception and wider practise of falconry, the truly valuable and illuminating resources are first-hand accounts, diaries, household registers, hunting rolls and general social comments. It is these that have helped us build our repertoire of historical periods. Plus some really lucky finds in second hand book shops and antique fairs!

THE PERIODS WE OFFER

The Birds who went to War! VE Day

Late Roman
The end of the Roman occupation of Britain when the first references to men hunting with hawks appear in this country.
Saxon & Norman
Hunting with birds becomes an established and popular sport for English kings, feudal lords and foreign invaders.
Early Medieval
The flowering of falconry as hunting with birds becomes more widespread and is reflected in culture, religion, politics and war.
Late Medieval
The Plantagenet Kings enjoy hawking at its historic pinnacle described as The Golden Age of Falconry.
Tudor
The sport and passion of Henry VIII and Renaissance Princes who used the power of falconry for personal gain.
Elizabethan
The popularity of falconry wains in the age of gunpowder, Puritans and land enclosure.
Late Georgian (Regency)
Traditional elitist sports are threatened by political change sparking a new age of gentleman's falconry clubs.
Victorian
The fascination for reviving gothic arts breathes new life into an old country pursuit and Darwinism reveals a new appreciation of birds.
Edwardian & Great War
The last age of the professional falconer as the traditional country house lifestyle disappears with The Great War. Falconers seek their sport further afield in the last days of Empire.
1920s
The modernisation of falconry, the introduction of motor vehicles to replace horses and falcons used in the first Hollywood films and early wildlife photography.
1940s
The Feathered Frontier: the enchanting tale of birds in war both home and abroad, the use of birds as military mascots, pigeon post and the top secret military Falcon Unit.
21st Century
Contemporary falconry that reveals how the art has changed during the last 50 years creating a new golden age.

We are happy to undertake sponsored commissions so if you want us to reproduce a specific decade of history please talk to us. 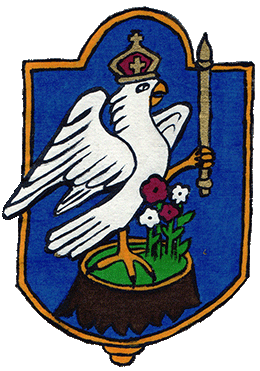 Within our various periods we also offer a staggering variety of specific and stylised themes. That means the commentary; stories and artistic interpretation which accompanies our flying displays can tell a particular story. Some themes are applicable to numerous periods of history while others are period specific. We will happily produce a themed presentation as long as we can find a tangible link to falconry and are satisfied that an honest narrative can be built around the subject.

Here are lots of examples of past commissions :-

Themed historical falconry presentations require great research, imagination and flair and that is our real area of specialism. We go that extra mile to give you a falconry show that cannot be offered, copied or surpassed by anyone else. So if you have a themed exhibition or event and need a big attraction like falconry but can't see how to make it fit the programme - ask! Our themed shows are always greeted with awe and delight by audiences who tell us they are impressed and refreshed by listening to something so creative and captivating. Remember - falconry is about people and places as well as birds!

Artwork, design and text are copyright of Emma Raphael 2019